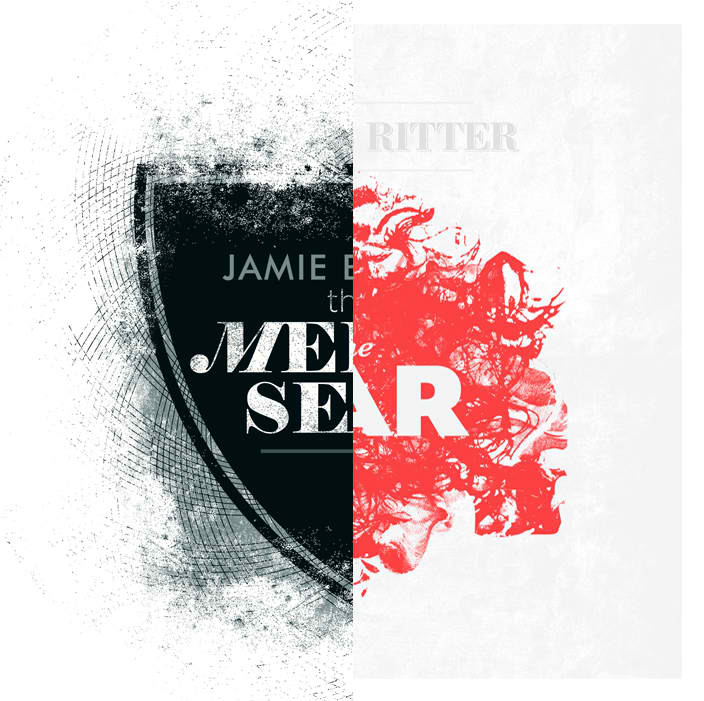 I started to call this a review.  This isn’t really much of a review, though… it’s a commendation.  I’m not even going to pretend to be unbiased on this one.  For the past three and a half years now, I have been part of a church, Sojourn, that is engaging the arts in groundbreaking ways.  Our congregation  just happens to have been blessed to have dozens of talented writers, photographers, painters, singers, songwriters, and musicians, and God has used the outpouring of creativity to touch hearts in Louisville and across the world.

The latest offering from Sojourn is a split-EP of ten songs by two of our most gifted singer-songwriters.  Jamie Barnes, our East Campus worship director, begins the collection with his EP The Mercy Seat.  Our Midtown Campus worship director Brooks Ritter then takes his five on a spin, called The War.  Each set, though diverse, seemingly runs loosely along themes, Jamie stating in the promotional video that his songs on the album veer toward the sense of desperation and longing that we feel for God, while Brooks’ songs veer toward the spiritual battle that we are in.  Each side is a great mixture of complete originals and the artists’ well-crafted adaptations of age-old hymns from the likes of Isaac Watts and John Newton.  So lyrical and yet theologically deep are the words by Jamie and Brooks that their songs and lyric adaptations stand seamlessly alongside the hymn verses of old.  This is certainly odd in this day and time, but Sojourn, along with such artist collectives like Indelible Grace and Bifrost Arts, have begun to turn the tide on the typical theological and artistic drought in “Christian” music.

Jamie’s set runs the gamut in arrangement from the haunting piano and acoustic guitar-driven title track to the New Orleans-style funeral band backing of Watts adaptation “Absent from Flesh,” and even wrapping up with an uncharacteristic smooth jazz piece to finish off his side.  Brooks begins his set with one of the heaviest numbers I have heard on a Sojourn album, “The War” and rightly so in a song dealing with the struggle against evil and its overcoming in the work of Christ.  From there, he journeys through elements of rock, gospel, and newly arranged hymnody.  Both these artists, with producer Neil Robins (of Dirt Poor Robins) have crafted EPs that would stand alone as great works (and you can buy them that way on iTunes if you so desire), but as a complete album they stand as a masterpiece that may be Sojourn’s best contribution to music world so far and an important milestone in the theological and artistic reclamation of church music.

Get “The Mercy Seat / The War” on BandCamp.

All content, unless otherwise noted, is copyright © Jacob A. Davis. All rights reserved. Quotes may be sourced with proper attribution.