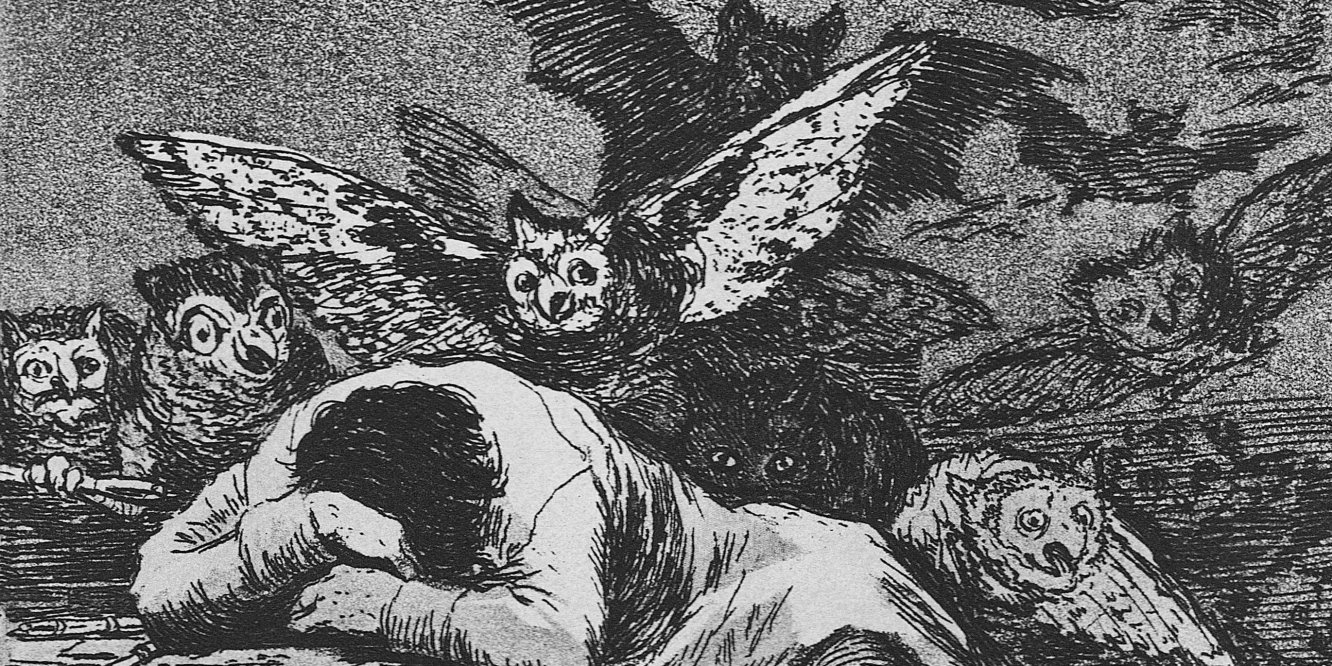 I’ve almost considered writing a book about my experiences and thoughts while writing my book on Christianity and horror. I know that’s very Don Miller-esque of me, but I can’t help thinking of the stories that have happened in my life in the roughly seven months since I first penned my rough-rough-rough draft of the book’s introduction. In that time, I have had many conversations with many diverse people dealing with art, literature, and a surprising amount of spiritual warfare.

The spiritual warfare conversations probably shouldn’t be as much of a surprise as they have been. Horror is, at its core, a story of good versus evil (as any great story really is, anyhow), a point Rev. Paul Zahl spoke of in a recent CNN article on the religious overtones of Stephen King’s fiction, concluding that the Bible is, in that regard, “the ultimate horror novel.” The horror genre, in particular, makes the evil seem the realest and most threatening, and supernatural horror awakens us like no other genre to the fact that this evil has roots in the spiritual realm as much as the physical.

Paul tells us in Ephesians, “For we do not wrestle against flesh and blood, but against the rulers, against the authorities, against the cosmic powers over this present darkness, against the spiritual forces of evil in the heavenly places” (Eph. 6:12 ESV), and it does not take too much effort to believe this. A friend recently told me of a banshee (a screaming dæmon of Irish legend) still spoken of in the seemingly secularity-gorged culture of Boston. Another friend asked me about the potential dangers of the current ghost-hunting fad. I could go on. However, one need only listen to the stories of missionaries on the field in tribal countries or simply watch a few episodes of Ghost Hunters or the like on television to be easily shaken by the consideration that we might not be as alone here as we’d like to convince ourselves.

Horror latches onto this. A horror film thrives on the ability to convince us for two hours that there is a spiritual realm and that there are things within it that should frighten us. The most hardened atheist can often be chilled for the rest of an evening by a supernatural thriller. That suspension of disbelief cuts to the core of something we, in our very nature, cannot quite let go.

I have talked to Christians across the board – Baptists and Anglicans, conservatives and moderates, seasoned believers to babes in the faith, and so on – and people in all camps seem generally interested in the fact that I am writing this book. Some are curious and surprised that anyone is actually touching the topic while others wish a book like this had been written a long time ago. It’s the latter ones that have really unknowingly kept me pressing on through many “dark nights of the writer’s soul.” From encouraging lunch or coffee meetings to passing along various related articles through email, Facebook, or Twitter, so many people have contributed just the right thing at the right time, assuring me that I’m not totally lost on this path. I won’t list these good co-laborers here, but don’t be surprised, certain readers, when you see yourself on my acknowledgments page one future day.

There are ways in which I have been affected in my approach to writing, as well. I come from a narrative background in creative writing, but I have come under the easily academic influence of my college and graduate studies. I have learned very quickly, however, that intentionally writing like an academic is useless. I’m writing this book for the Church. Yes, I am academically trained to write both literary criticism and theological essays, and I have done my time with both. I could probably pull together something very neat and tidy, filled with words that a very small percentage of the population could figure out. If I did so, sure, I might come out looking very good and having my volume sell in the “academic” section of Christian bookstores for years to come… but nobody would read it, and fewer still would understand it. I want this book to be a resource for pastors and laypeople who want to explore an important and often neglected genre of literature and film. Certain writers – I can name C.S. Lewis, N.T. Wright, and Martin Luther, amongst others – have sought to articulate Christian truths in profoundly accessible terms, and their works will be of a great help to the Church for many more centuries because of it. Most recently, I have been reading the systematic theology God is Love by Beeson Divinity School professor Gerald Bray. He remarks in the preface to his volume,

Technical terminology has been avoided and the concepts underlying it have been explained as simply and directly as possible. Profound simplicity is the hallmark of classical literature and can be seen at its best in the Gospel according to John. “In the beginning was the Word, and the Word was with God, and the Word was God.” Nothing could be more straightforward than that, yet the depths of what it means have never been fully sounded by the human mind.

It is this appreciation of simple words that say a lot that I hope guides my writing path henceforth. A writer’s diction and cadence, his candor and winsomeness, all shape not only what he says but who his lasting audience will be. To this end, I have no shame in writing my piece in as commonplace a language as I can muster. That doesn’t mean I will use lackluster language – I hope to convey some amount of color and wit  – but I will not elevate my speech to academic profundity (I’m tempted to say academic absurdity) for its own sake.

Well, this post has largely been random drivel, but I titled it “Musings…” and so I don’t think I should have reasonably disappointed you. Now back to work on the tome. Pray for me. It is far from finished.