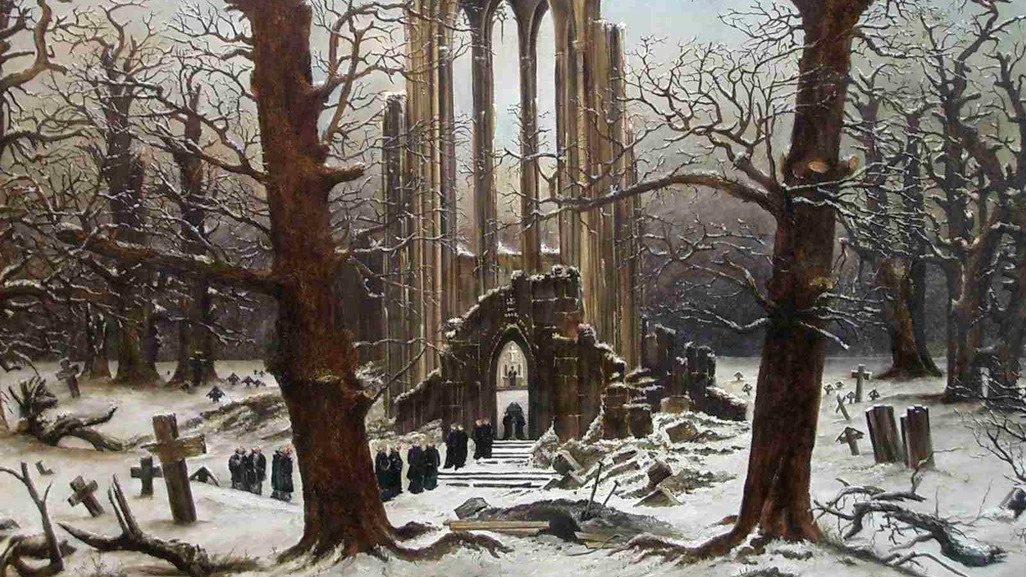 I have what in the past was called Seasonal Affective Disorder (SAD). Though now seen merely as a seasonal symptom of several conditions, this modified diagnosis doesn’t ultimately change the situation for myself or many friends. This annual period of mental, physical, and spiritual trial is still something that millions, perhaps billions, of people struggle through each year during the darker months.

Calling this condition seasonal depression can be a slight misnomer depending on one’s definition of depression. Certainly it can manifest as “winter blues,” and suicide rates do go up during winter, but for many, including myself, the basic characteristic isn’t sadness but a rather potent lethargy of body and fogginess of mind. In the winter, I go through episodes of being unable to weave thoughts together as well as I otherwise do. I become somewhat absent-minded and, for all my alleged book-smarts, I can become rather practically stupid if I don’t set myself certain rhythms of life for home, work, and generally getting everything done in a week. I even find it hard to pray.

Prayer is where developing set rhythms has been most useful. In my particular case, it has meant going beyond the Baptist tradition I was reared in and the Neo-Reformed culture that fed me through college and seminary. It has meant harkening back to practices with roots in the early church, fleshed out by early medieval Christians like Benedict of Nursia, and later refined by Reformation heroes like Thomas Cranmer, who edited what would become the Book of Common Prayer–the official book of prayers and services for the Church of England. These are all our spiritual ancestors, even for the most devout Protestant, and their time-tried wisdom can be a surprisingly effective antidote to the ailments of life’s instability.

Having a resource of written prayers has been revolutionary in transforming my spiritual practices, particularly in the winter months when I cannot find the thoughts, much less the words, to pray. While the Apostle Paul assures us that when we don’t know what to pray, “the Spirit himself intercedes for us with groanings too deep for words” (Rom. 8:26), there is something to be said for pointing ourselves back to God through our prayers. Oftentimes, it is most useful having scripture to riff on when speaking with our God. In fact, our Lord Jesus did so himself many times. As a First Century Jew, Jesus would have been familiar with praying the Psalms. He would have learned to do so growing up in the synagogue. He would have prayed several during his Last Supper. He even prayed a prayer of his ancestor David, Psalm 22 (“My God, my God, why have you forsaken me?”), when he was dying on the cross. Nowadays, many a low-church Protestant might say that borrowing someone else’s prayer is unoriginal and not Spirit-led, but our Christian and Jewish ancestors, along with our Lord himself, truly made the most of the practice.

I most commonly use the Book of Common Prayer and its adaptations as my starting point for daily prayer. There are four prayer time per day in the Anglican rhythm of prayer started by Cranmer (a reduction from six in the Benedictine rule): morning prayer, midday prayer, evening prayer, and night prayer. For each day of the year, there are readings and prayers that can be said at these times, and sometimes churches will have small prayer services at these times of day. However, it is not uncommon for individual Christians to pray through these small liturgies themselves or with a small group. Modern technology has made this even more feasible, wherever you are during the day. There is, for example, a Daily Prayer phone app from the Church of England that features four daily prayers from Common Worship, the English church’s modern rewrite of the BCP prayers and services. Every day’s prayer liturgy is at your fingertips and ready to be prayed through wherever you are.

Meanwhile, for those with even less time on your hands or with particularly harsh rhythms of life, the 1979 U.S. edition of the Book of Common Prayer has an even simpler solution: “Daily Devotions for Individuals and Families.” This entry provides four prayer services (pages 136-140 in all editions) that can be repeated every day. That’s right, the same scripture, the same prayer, every day. I heard a teacher suggest copying these out and putting them on your breakfast table, at your desk, on your dinner table, and on your nightstand. Could repeating the same prayer every day become mundane? Perhaps, until you realize that after a few weeks of this, you’ve begun to memorize those scriptures and prayers. Suddenly, you have a mental arsenal for prayer as you go throughout your life.

There are other options out there, as well. For years, I rested solely on a psalter

, an organization of the Psalms to pray through each day. The Psalms being the original prayer book, they provide ample opportunity to interact prayerfully with scripture as well as have heart issues brought forth in the reading. Many friends also like The Valley of Vision

, a collection of prayers from Puritan writings, arranged by subject. Ultimately, whichever route you take, such arsenals of prayer are invaluable, particularly for a person like me who, in many seasons where body and mind suffer the effects of the broken world, needs the collective wisdom of the timeless church to point me to the coming Kingdom.

All content, unless otherwise noted, is copyright © Jacob A. Davis. All rights reserved. Quotes may be sourced with proper attribution.